From The World Is A Vampire
Jump to: navigation, search 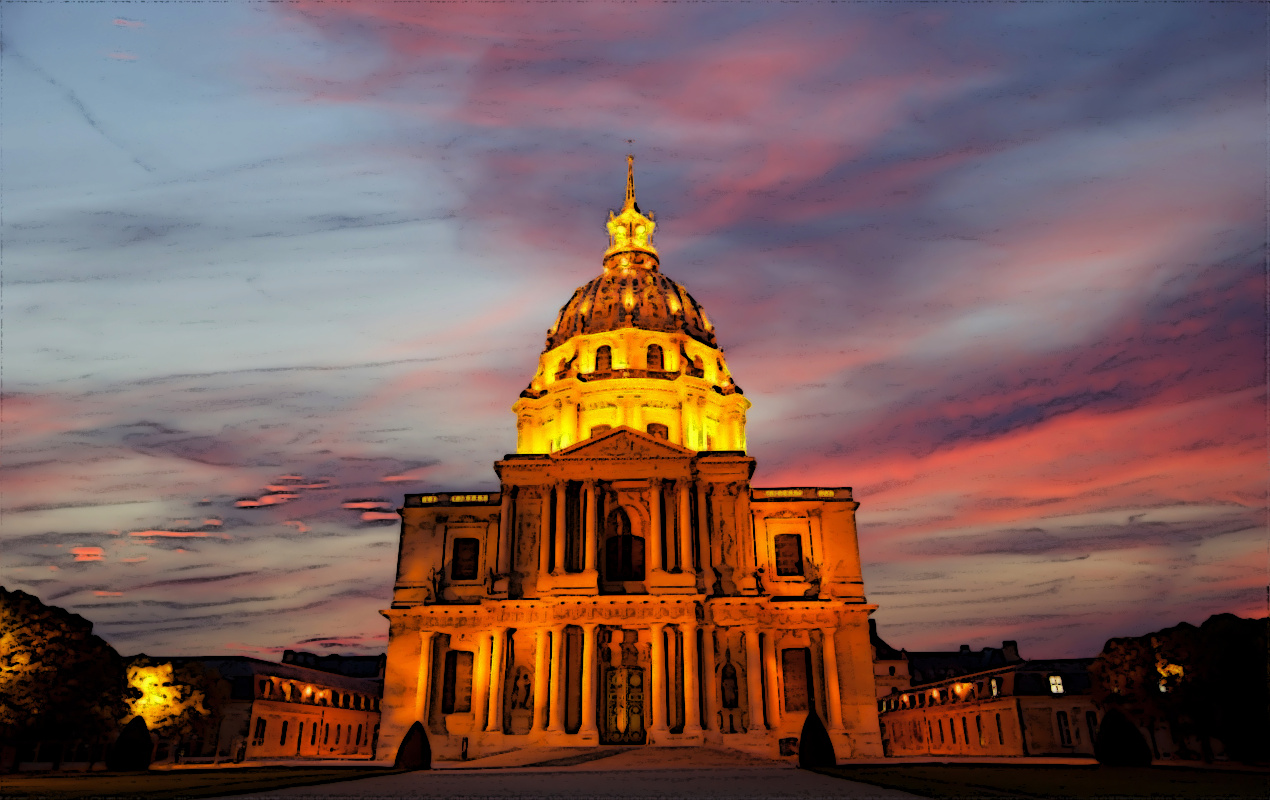 Louis XIV initiated the project by an order dated 24 November 1670, as a home and hospital for aged and unwell soldiers: the name is a shortened form of hôpital des invalides. The architect of Les Invalides was Libéral Bruant. The selected site was in the then suburban plain of Grenelle (plaine de Grenelle). By the time the enlarged project was completed in 1676, the river front measured 196 metres (643 ft) and the complex had fifteen courtyards, the largest being the cour d'honneur ("court of honour") for military parades. It was then felt that the veterans required a chapel. Jules Hardouin-Mansart assisted the aged Bruant, and the chapel was finished in 1679 to Bruant's designs after the elder architect's death. This chapel was known as Église Saint-Louis des Invalides, and daily attendance of the veterans in the church services was required.

Shortly after the veterans' chapel was completed, Louis XIV commissioned Mansart to construct a separate private royal chapel referred to as the Église du Dôme from its most striking feature, the domed chapel was finished in 1708.

Because of its location and significance, the Invalides served as the scene for several key events in French history. On 14 July 1789 it was stormed by Parisian rioters who seized the cannons and muskets stored in its cellars to use against the Bastille later the same day. Napoleon was entombed under the dome of the Invalides with great ceremony in 1840. In December 1894 the degradation of Captain Alfred Dreyfus was held before the main building, while his subsequent rehabilitation ceremony took place in a courtyard of the complex in 1906.

The building retained its primary function of a retirement home and hospital for military veterans (invalides) until the early twentieth century. In 1872 the musée d'artillerie (Artillery Museum) was located within the building to be joined by the musée historique des armées (Historical Museum of the Armies) in 1896. The two institutions were merged to form the present musée de l'armée in 1905. At the same time the veterans in residence were dispersed to smaller centres outside Paris. The reason was that the adoption of a mainly conscript army, after 1872, meant a substantial reduction in the numbers of veterans having the twenty or more years of military service formerly required to enter the Hôpital des Invalides. The building accordingly became too large for its original purpose. The modern complex does however still include the facilities detailed below for about a hundred elderly or incapacitated former soldiers.